Our Creative Director, Clara Feder has infused our maison de parfum with her passion, her vision and her unique understanding of human nature.

From the magical multi-sensory perfume experience enjoyed by hundreds of visitors, to the logo, bottles, packaging and sustainability : without Clara’s flair and her eye for aesthetics, our brand would look very different. So how did this artist and writer encapsulate the vision and ethos of her father in law’s business, despite having never met him?

I don’t think there is a real starting point when you become an artist, because it has to do with the way you experience the world and make sense of it. That said, I started to be a full-time writer in 2002 (more than 20 books published since) and I began to exhibit my art in 2010.

It was in Marseille, France, that I created my first safe-place, at an Art Fair called Mouvart. It took the form of a wooden box of 2 meters by 2 meters. You would enter that dark space with a flash-light and discover 6 Dioramas – wooden pods with landscape and people/figurines in them. At the end of the walkthrough, you would draw the black curtain to get out of the dark place and immediately enter a brightly lit white space, where a manikin was “resting” in a glass coffin. “She” was laying inside a transparent plastic bubble, with a device that would fill it with 99% pure air. You could stay in this bubble, near the laying manikin, and meditate. It was my first installation, the 18th century book of Paul et Virginie, by Bernardin de Saint Pierre, being the red thread of the exhibit, a pretext to show how it is vital for humankind to go can go from darkness to light…

In 2014, I exhibited my Light Travelers photographs in London and Paris, then I made a performance in Marseille and in New York, called The Wall of Temptation about the value of resisting temptation in a world that always entices you to yield.

After that, I was invited to exhibit in Shanghai, where I exhibited twice at Noeli Gallery, both my photographs and my work for Le Jardin Retrouvé. I made in situ trees on rice paper panels, and a small series called Broken Memories in 2017 to go along this exhibition. In the meantime, in 2015, I started a series called The Dreamchain Project, which is still ongoing, about Women in the Art World and their dreams for a better world – photos, interviews and videos. As you can see, I’m deeply interested in the intersection between visual art, writing and experiencing, always trying to create safe-places, using all kinds of medias.

2. When you first began planning the relaunch of Le Jardin Retrouvé, what was your starting point as an artist?

My starting point was my father in law’s scents and what I could perceive of him. I am saying “perceive” because I never met him, since I encountered Michel – his son and my husband -, in 2007, 2 years after his death.

Fortunately, my mother in law, Arlette, had kept everything down to the last hand-written note! So, I was able to “reconstruct” Yuri as much as I could. I dived into the archives for almost a year, digitalizing everything in the process, and always feeling in awe of who he was  – his rich, international, deep experience as a human being reflected in his work in a thousand ways -, that I couldn’t really describe, but that I felt very deeply in my heart and mind. All the more because it resonated in me, as an artist educated in Paris and New York, and also because – and this, I found out much later – we were originating from the same world, in need of protection and solace.

Which leads me to my second inspiration, Arlette’s design of the first LJR logo, featuring a garden as a closed space where yellow (the sun) and blue (the sky) ensconced beautiful flowers blooming in a typical 70’s fashion. After all, a garden (Le Jardin in French) is exactly that: a protected, closed space where one can dream and recharge one’s energy in peace. A much-needed place for any human being, especially in times of hardship (Second WW for Yuri, our times right now in the 21st century…)

3. You use a mixture of old and new techniques to produce your artwork. Why is that?

Yes, I do! It totally makes sense if you consider the fact that our starting point is a 45 year old House, which we want to project not only in the present, but in the future! So I used many old techniques such as crumpling rice paper and gluing it up the “Cabinet of Curiosity” wall; using fabric for hatmakers and dressmakers and stapling it on the ceiling and walls of the Experience Room; designing the “Wall of Emotions” with a linen sheet belonging to my great-grand mother and old fashion cardboard tags; photographing flowers and gardens and small figures with my digital camera and making a digital collage with them, then creating videos, stories (my craft as a writer) and using my voice to tell them in a digital device… I believe in doing everything myself and using everything I’ve learnt, old and new alike. That’s the beauty of our 21st century, totally congruent with our re-enacting, re-igniting of the House.

4. The perfume experience is a unique multi-sensory installation. Where did you get your ideas from?

I was challenged by the promise we made to our customers when Michel and I relaunched the House: “Experience Fragrance in a different way”. Here I was with a strange space that I believe practically no company would see fit to their needs, aka a room with no windows at the end of a corridor. Yet when we found it, I thought” this is the perfect space!”.

Again, I took the word Garden/Jardin and thought about it in a metaphorical way – the only valid way when you are an artist, I think – and transformed the place according to that thought.

I started with Yuri and Arlette’s world and extended it to my personal feeling about creating safe-places, very much what I do when I’m not working with LJR (that is also the point of convergence between Yuri’s work and mine).

I’ve always loved Narnia (I wrote a 350 page book on Narnia as Virginie Michelet, my pen name) and of course Alice in Wonderland. There is a little bit of both in this installation, because you enter the Experience Room through an antique wardrobe, and you discover a Garden where there are no real flowers and trees.

Yet each Fragrance is named after an actual Garden in the real world. Fantasy mingles with reality, but all in all you have the feeling of being in “another” realm. All the fragrances can be experienced in a synesthetic way (smell, touch, hear, and watch) and they are enshrined in 11 pods. It is totally the feeling you’d get in a real garden: peace, calm, beauty, birds (a sound track of birdsong plays in the background), light (with a tree of light). Leaving the Experience Room and the prospect of going back to the everyday hustle-bustle world is kind of hard to imagine, so people tend to stay a long time in this space!

5. What part does nature play in your work for Le Jardin Retrouvé?

First of all, I’ve always been found of trees and gardens. It is a necessity for me and has always been. It has a calming effect – I can get “high” on ideas – and is part of my daily balance. Same can be said about my respect for the planet, which is a longtime practice or recycling, eating organic and being aware of carbon footprint as much as I can. So, Le Jardin Retrouvé’s credo (lots of naturals, long maturation and macerations allowing time to do its wonders, refilling and reusing in order to be gentle to nature/the planet, and the metaphor of Gardens all along) was mine a long time before I actually started to revive it with Michel. Or to put it another way, it is probably because I was totally “nature” focused that I became so enthusiastic about the whole project. In my work as an artist, though, it was not so obvious at that time. But when the project started, it became prominent. I began photographing every flower, every garden, every forest or bit of nature I came across, and I still have not used all of the material I collected! Then I superimposed my photographs of nature on my Light Traveler’s series, and it magically clinched. That gave birth to our first visuals for LJR, which re-started the brand recognition worldwide.

6. You and Michel relaunched Le Jardin Retrouvé in 2016.  What was your vision and are you there yet?

Curiously, I think we are just starting to be there! Our vision was that of “you can’t smell your screen, but we can deliver our beautiful fragrances with great ingredients picked by us over the internet and you’ll experience them in a new, meaningful way, respectful of nature and our planet”.

In 2016, we relaunched with an invention we were really proud of:  Le Nécessaire (The Necessities). It contained everything needed to refill twice 2 glass bottles, one small and one big, thanks to a 125ml aluminum bottle exactly like the one Perfumers use. It was a small revolution which very few people understood at the time, because it made you free to fill in the bottles as much as you wanted, therefore you could keep the perfume for a much longer time and keep the bottles forever, putting waste at bay. Moreover, the money for value was incredible! In spite of all these incredible advantages and the freedom it allowed, we all know that new concepts always take a while to be understood and adopted. Only recently, in 2020, have we been copied and I take it as a sign of success! Regardless of the rejection of this idea (no one would accept to help us commercialize it), we really believed in it and kept to it, even if we also produced filled bottles to comply with the market.

The same applied to our idea of the internet being the main channel of sales, which is only now becoming big, as the COVID situation made it almost mandatory.

All the time, we were under the impression that we were following Yuri and Arlette’s visionary steps, and making it happen in the 21st century. But when you relaunch a family house, don’t expect it to be easy! The path was full of traps and it is only now that we have been able to sort it all out and embrace the deep implications of our concepts. Finally, this year, after what you might call a long maturation (!) we got to the deep core of our vision, the only place where your dreams can come true…

To read more about Clara Feder’s work here is her website www.feder.me Clara Feder was talking to Samantha Scriven 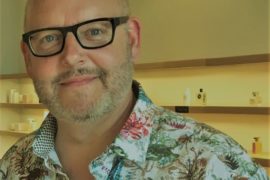 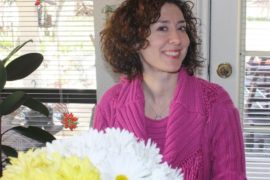 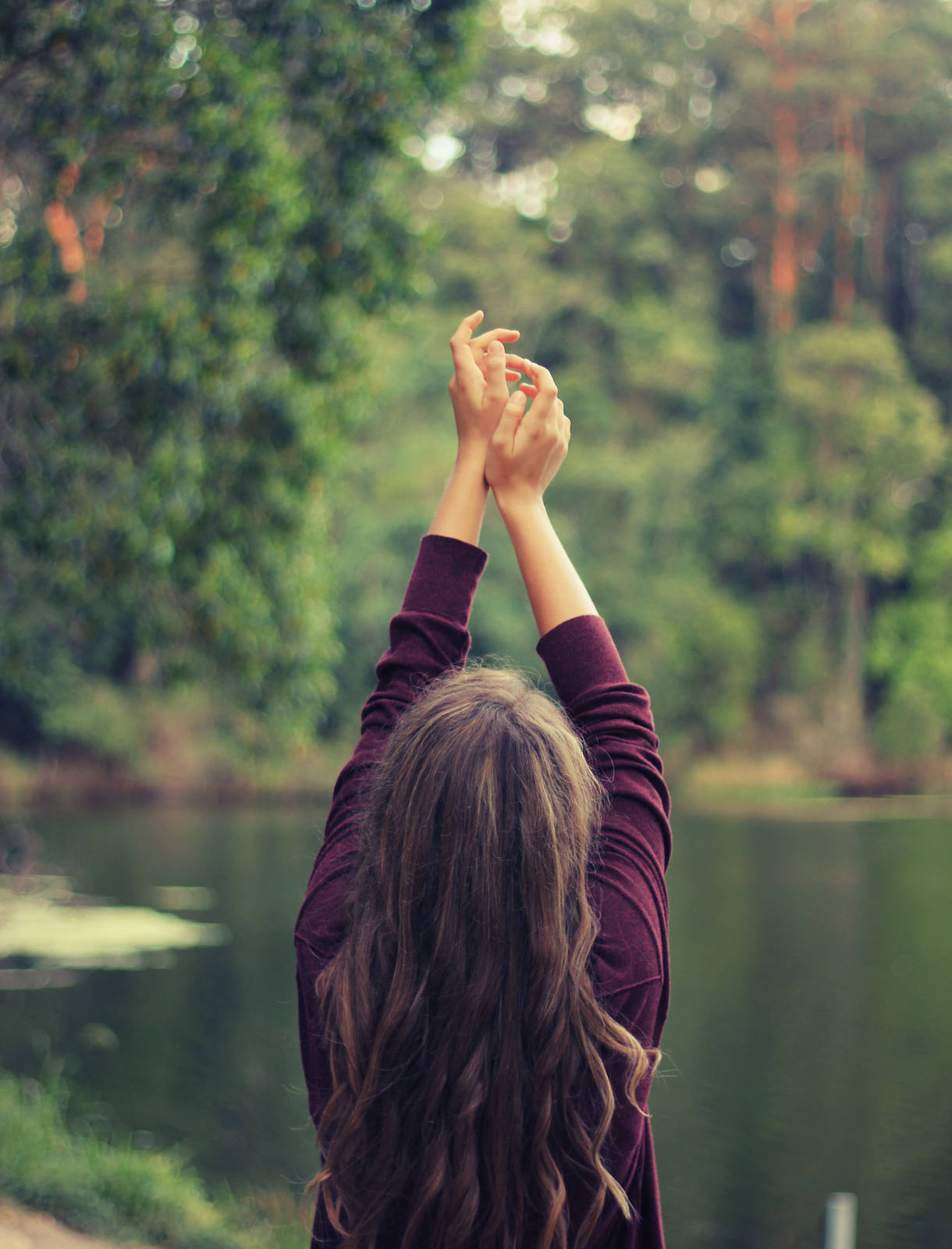